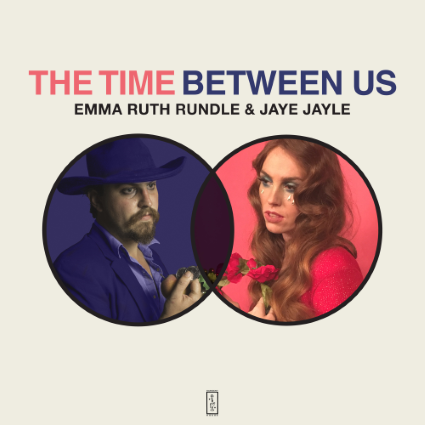 Emma Ruth Rundle can do no wrong. If you’re a regular reader of this site, you already know this – ERR’s last album Marked for Death earned an Album of the Month nod in September’s installment of The Listening Chaos and came in at #14 on my year-end best of list. So color me ecstatic that less than six months after Marked we already have new music in the form of The Time Between Us, a new split with Jaye Jayle. To be fair, neither Rundle nor Jayle are actually metal artists, but they’re certainly metal-adjacent. ERR did a stint with Red Sparowes and also plays in the post-metal outfit Marriages; her solo band is currently on the road with Deafheaven and This Will Destroy You. Jaye Jayle is the brainchild Evan Patterson of noise rock merchants Young Widows, and he’s currently touring with Oathbreaker and Khemmis.

Rundle’s half of the split is more of the shimmery melancholy that she does so well (and that I love so dearly). Both of her two new tracks—her side is rounded out with a gorgeous acoustic version of Marked for Death track “Hand of God”—are absolute stunners. “The Distance” combines heavily reverbed guitar and Rundle’s plaintive vocals in a way that somehow feels both earthy and ephemeral. “To Fold in England (Hours)” is a slower, dreamy track that would have fit perfectly on her last solo record, Some Heavy Ocean.

I do have to say, though, that I’m not as sold on Jayle’s contributions, but it is growing on me with each spin. His side opens with his strongest track, the woozy cowboy blues of “About Time You Came to Me.” The other two tracks, though, don’t grab me in quite the same way. “Unnecessarily” has a cool outlaw country vibe to it with its slow-driving locomotive rhythm, but the layered, effects-heavy vocals don’t totally work for me. The codeine-hazy dirge “Hope Faith County” closes out his side.

All told, The Time Between Us is well worth picking up just for the Rundle tracks. The Jaye Jayle side is intriguing, though, and it makes me want to check out the full-length he put out last year.

The Time Between Us is available both digitally and physically via Sargent House.