This band is nothing if not unique. From the album cover, you may think this is some sort of black metal or viking metal band but you would be pretty far off with that guess. Their sound would best be described as “progressive traditional metal,” combining NWOBHM swagger, haunting occult rock melodies and harmonies, long, layered strong structures, and a few glimpses of extreme metal here and there. So, uh, yeah, it’s a lot to unpack. Their influences make this band singular enough, but their production style adds even more space between them and their peers. The second track, “They That Walk At Night,” is a perfect introduction what I’m referring to. While listening to the Maiden-worship introduction, the production may seem a bit lo-fi for a record of this style, but just wait until the vocals come in. Vocalist Alex Vornam comes in with his clear tenor along with some backup tracks. Upon even the first listen, it’s clear that these tracks are a bit off sync, yet this doesn’t take away from the song too much. He’s even slightly out of tune in some places yet the song isn’t totally destroyed. It’s actually a bit of relief after listening to the infinite sea of coldly recorded, loudly mixed power metal bands. Lunar Shadow sounds live here, they sound real. From there, the song unfolds in a similar fashion to a song off Piece of Mind or Powerslave.

There are tracks on this album that truly surprised me. Many bands have a single emotional tone that are comfortable with and stick with it no matter what, but Lunar Shadow shows off a full spectrum of talent here. “Gone Astray” is a melancholy, completely acoustic, six-minute ballad. This song works so well because of Alex’s smaller voice and his ability to convey real emotion. He sounds like Papa Emeritus mixed with James Rivera. “The Hour Of Dying” also opens with acoustic guitars but what follows it sounds like it could be a Vektor demo and then what ensues from that intro is a progressive metal symphony filled with high energy riffing, dashes of black metal and death metal, brilliant give and take between the dueling guitars and when it’s all finally over, there is a true sense of satisfaction. “Cimmeria” starts off with a similar thrashy edge but the midsection sounds like old English prog-rock. “The Kraken” has hints of epic doom metal with slow, swelling riffs. Every one of these songs is expertly crafted by people who can play their instruments well and know music well giving the entire record a sense of fun and excitement. Finally, the last track, “Earendil”, gives you a final listen to the intricate acoustic guitar work that is all over the record. Alex delivers a dramatic, Tolkien inspired stanza with a sigh of somber resolution and the record ends. 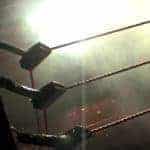 Autopsy On The Forgotten: Time Out – Prometheus