Swedish death metal outfit Evocation formed in 1991 during the bombastic beginnings of the Swedish death metal scene. Their promising early demos earned them opening slots with other soon-to-be death metal legends like Ceremonial Oath, Dark Tranquillity, and Dismember. Sadly, their momentum was halted and the band was put on hold in 1993. They reformed in 2005 with new determination to put their mark on the death metal scene. Their fifth full length album The Shadow Archetype is an archetypical example of the Swedish sound.

And truly, I could stop the review there. Evocation has this act down. The guitar tone is the perfect crusty Entombed clone. The vocals are snarled and gruff. The riffs are sludgy and the leads are slick and melodic. The production, while mixed fairly loud, mostly gives room for the details and doesn’t sound too overproduced. There’s some memorable choruses like on “Condemned The Grave” and “The Coroner” that have echoes of Whoracle-era In Flames, Heartwork-era Carcass, and sometimes even Amon Amarth. There’s even bits of religious voice clips that harken back to Slaughter of the Soul. It’s all there! It’s the perfect Swedish love letter by some Swedes who were actually there when it all started. Their sound, like their hometown of Boras, is in between the classic Stockholm sound and the melodic Gothenburg sound, leaning more towards the Gothenburg for most of the album. 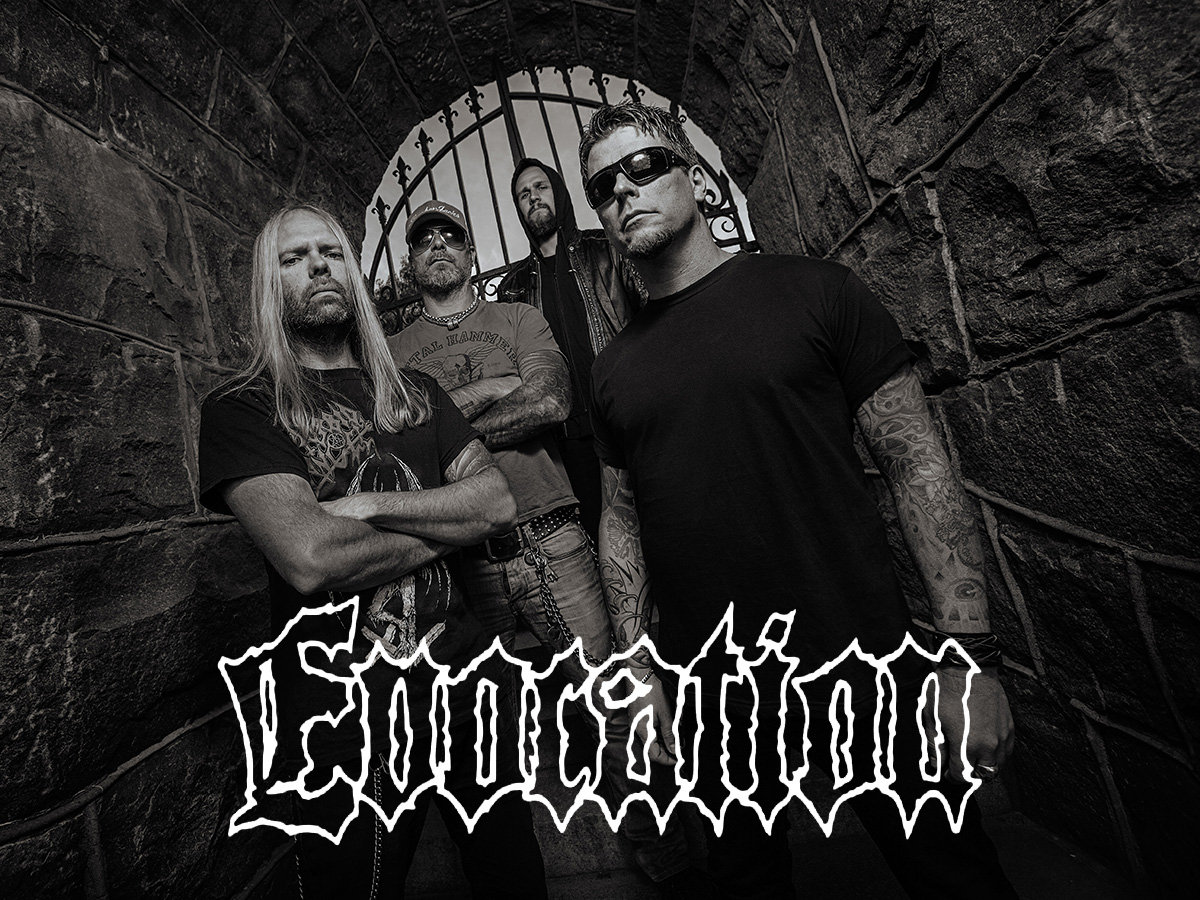 Listeners who love the Swedes unabashedly for the classic 90’s albums will love this but for others it will be easy to yearn for Evocation to do more with their talent. Metal has entered a stage of looking back on itself yielding some wonderful throwback acts and even some new development on old ideas. However, all these classic bands that Evocation are…ahem…evoking all developed into different sounds for better or for worse. Yes, some bands have returned to their old sounds, but very few of these attempts to recreate the past have met or surpassed the legendary status of the originals. Like the re-thrash movement or the vintage metal trend, Evocation activates some nostalgia but without a new element in their music, that lust for the old quickly turns into putting on those old albums rather than listening to new ones that try to sound the same.

Their love letter is an earnest one and well written so don’t write this album completely off. Go listen to it on their bandcamp page or order the album from Metal Blade Records.

Opeth and Gojira with The Devin Townsend Project – Win Tickets!

Beneath the Vault #21: A Range of Metallic Delights

Beneath the Vault #20: Let There Be Metal