Even though 2019 is well into its second half, I’ve still got a few highly anticipated albums in my sights. Tool allegedly has a new record coming out (I’m going to Maynard’s winery in Jerome, AZ for a listening party next week), and my drone metal darlings SUNN O))) still have to release Pyroclasts eventually (also going to see SUNN O))) at a commune in the middle of nowhere next month). But somehow, even with 500 albums collecting dust in my Bandcamp wishlist, I completely spaced out on Hope Drone’s new album until I saw its puppy dog eyes in the promo pound.  Like many of you, I was enthralled by the Australian black metal band’s 2015 full-length Cloak of Ash, a cyclopean rhapsody of annihilation. From the stirring cover art to the intimidating runtime, nearly every facet of CoA meshed to make a big Hope Drone fan out of me. Enter Void Lustre, the band’s latest expression of post-black metal fury. How’s it fit in the Aussie collective’s catalog? Well, I’ve got some strong unpaid opinions. A black metal fan with an opinion? Shocking, I know. 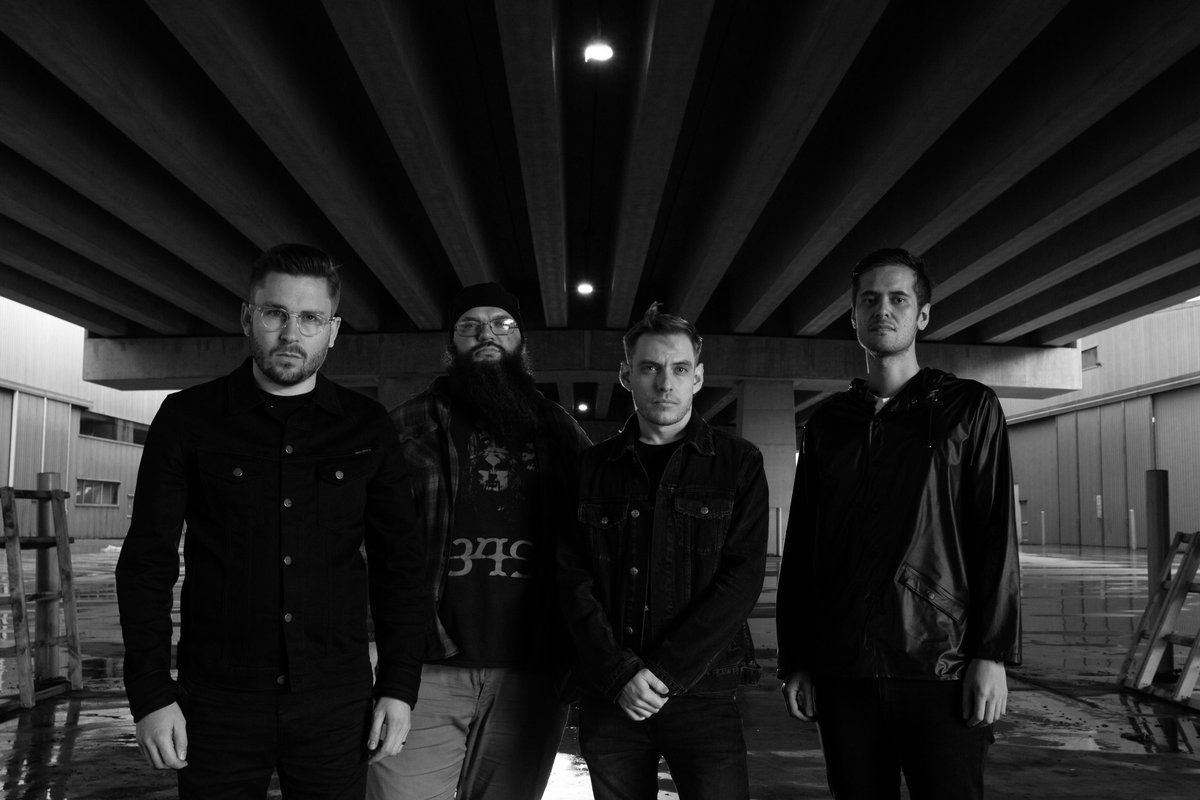 You had me at ambient drone black metal. To get the full experience, you’ve got to commit to Void Lustre’s expansive and melancholic atmosphere. Fans of post-rock should feel right at home in Hope Drone’s very deliberate and slowly paced songs, like the intense intro “Being into Nothingness.” I thought there were piano keys at the start, but they’re actually clean guitar notes isolated in the uncomfortably quiet space. It’s a good song that gets better as it unfolds into a depressive black metal barrage of blast beats, a seamless progression from stark silence to caustic quietus. Chris Rowden’s vocal delivery is rough and emotive, clad in sludge and heavy with guilt. Post-black metal vocals typically combine gasoline-soaked gruffness with a pang of angry hopelessness, and I’m reminded of Bosse-de-Nage’s Bryan Manning at times, though I prefer Rowden’s pained and defeated tenor.

While Void Lustre embraces the slow build, they hand the keys over to the drummer when they want to speed things up a bit. Francis Keil’s kit sounds killer in the mix, and he goes wild on “Moment of Collapse” for seven minutes of post-black frustration. The first few songs on Void Lustre showcase most of Hope Drone’s more interesting ideas, though the mid-point of the album is where things feel a little uninspired. The third song “In Floods & Depths” impresses with defiant ferocity and effective atmospheric touches. However, next up is the penultimate “This Body will be Ash,” which to me, sounds far too similar to the previous track. It’s like an extra thirteen minutes tacked onto an already long song, and though “This Body will be Ash” eventually builds to show off some well-executed moments of reflection, the piece could’ve been much shorter without compromising the brutal integrity of the album. Void Lustre caps off with “In Shifting Lights,” a great song with extremely tight songwriting, even if it’s not too different from the rest of the tracks. Dissonant guitar utterances echo in the aural void, with shimmering clean chords warbling behind webs of feedback. The band starts, slows, and accelerates with an emphasis on fluidity, as the track melts and morphs with buttery smoothness. Once the tremolo electric guitar pops in and the drums start picking up, it’s like a post-rock song reaching its crescendo. You know what’s coming, and you want it bad.

After three playthroughs, I went back to Cloak of Ash, and the difference in production is night-and-day. Void Lustre sounds leagues better than CoA: Rowden’s vocals are less muddled by the claustrophobic instrumentation, and the players’ individual contributions are easier to pick out on the new album than their 2015 opus. The drums have an appealing weight to them, with heavy toms and crispy cymbals crashing with lifelike verve. While there are only five songs on Void Lustre, each track comes with a beefy runtime, and I appreciate how the excellent mixing job helps me focus on the atmosphere, rather than the song length.

The flip side of that is how much hungrier the band sounds on CoA like they had something to prove. There’s some quality post-black metal on display here, but lyrically, the group basically plagiarizes their previous work. I don’t mean to sound petty by any means, but I’m honestly shocked by how few narrative ideas the band came up within four years. I do like dour and nihilistic poetry, and I’ve enjoyed reading the band’s lyrics on previous albums, but now on Void Lustre, I can’t get over how many times these guys rewrite the same sentiment over and over. I tried to find a way to excuse it, and it’s not like I can clearly understand every shout and growl, but at this point, it’s hard to give them the benefit of the doubt. Though as someone who succumbs to tautology more often than not, it’s like calling the pot calling the kettle black metal.

After about 15 playthroughs, I’m left feeling conflicted about Void Lustre. Hope Drone remind us once again that they’re a top-tier atmospheric black metal group, and when they’re in the groove, I think they leave most of their contemporaries in the dust. The production work throughout the five massive songs is so impressive, particularly when comparing Void Lustre to the band’s prior output, and if you’ve got a decent pair of headphones, 80% of the album is a truly immersive listening experience. Conversely, when Hope Drone falls to routine by-the-numbers atmo-black instrumentation and uninspired songwriting, the new full-length project loses its luster rather quickly. I don’t want to constantly compare VL to what’s come before, but it’s hard not to notice how painfully similar in style and substance this new album is to Cloak of Ash, and not in an enticing or fresh way. Regardless of what I have to say, I hope you all give this new project a listen, especially if you shied away from CoA due to its lengthier songs. Let yourself drift into the void; it’s a lot more welcoming than you’d think.

You can purchase Void Lustre digitally, on a compact disc, or on a flat, black platter here.

Beneath the Vault #20: Let There Be Metal