Maybe it’s because we were spoiled with so much great 2019 metal, but I felt that January amounted to somewhat of a weak start to 2020. That’s alright, though, because the promo bin in February is harboring some heavy hitters, a harbinger of what I hope signals another excellent batch of extreme music. While I’ve got some killer doom and tech death in the queue, I’m having a hard time putting down this sinister return to form for The Netherlands’ own God Dethroned, making good on their promise to rekindle the blasphemous fires that once fueled their early output. It’s no secret, Illuminati is real.

Each new track complements the former with smooth transitions and organic songwriting, ultimately resulting in a synthesis of blackened evil with top-shelf Euro death riffs, and just enough artsy forward-thinking to keep things heady AND heavy. Though, until the final note expires on closer “Blood Moon Eclipse,” Illuminati thrives on the polemical confidence of guitarist and growler Henri Sattler. The frontman’s groove-laden delivery and command of his guttural timbre befit the overall message of Illuminati perfectly, as much of the album is easy to comprehend while remaining unmistakably an extreme metal record. Indeed, God Dethroned’s eleventh effort continues the group’s unabashed charge against their enemies. Who are those enemies? Well, it appears that the evangelists are still up to no good.

Black metal vs. religious establishment is a tale as old as time. God Dethroned are blackened death through and through, but the scalding invective of their anti-theistic lyricism is rooted in good ol’ European black metal. Thematically, these could also be Slayer concepts, but GD stretches those seething thrash verses into full death metal sentences, and I really appreciate how much effort went into writing satisfying lyrics. Take the lead-off song “Illuminati,” for instance. While the prose highlighting demonic influence and unscrupulous angels directly appeals to my interests, I’ve never been one to entertain Illuminati or secret society conspiracies. Fair or not, I generally associate those sorts of ideas with salacious tabloids or late-stage Insane Clown Posse (woop woop, fam). But here on this LP named after the eponymous cabal, I can hear a genuine attempt to connect serious commentary to a nebulous concept, and the end result conveys a genuine respect not for the institutions under scrutiny, but for the listeners paying close attention. The effort is audible and appreciated. 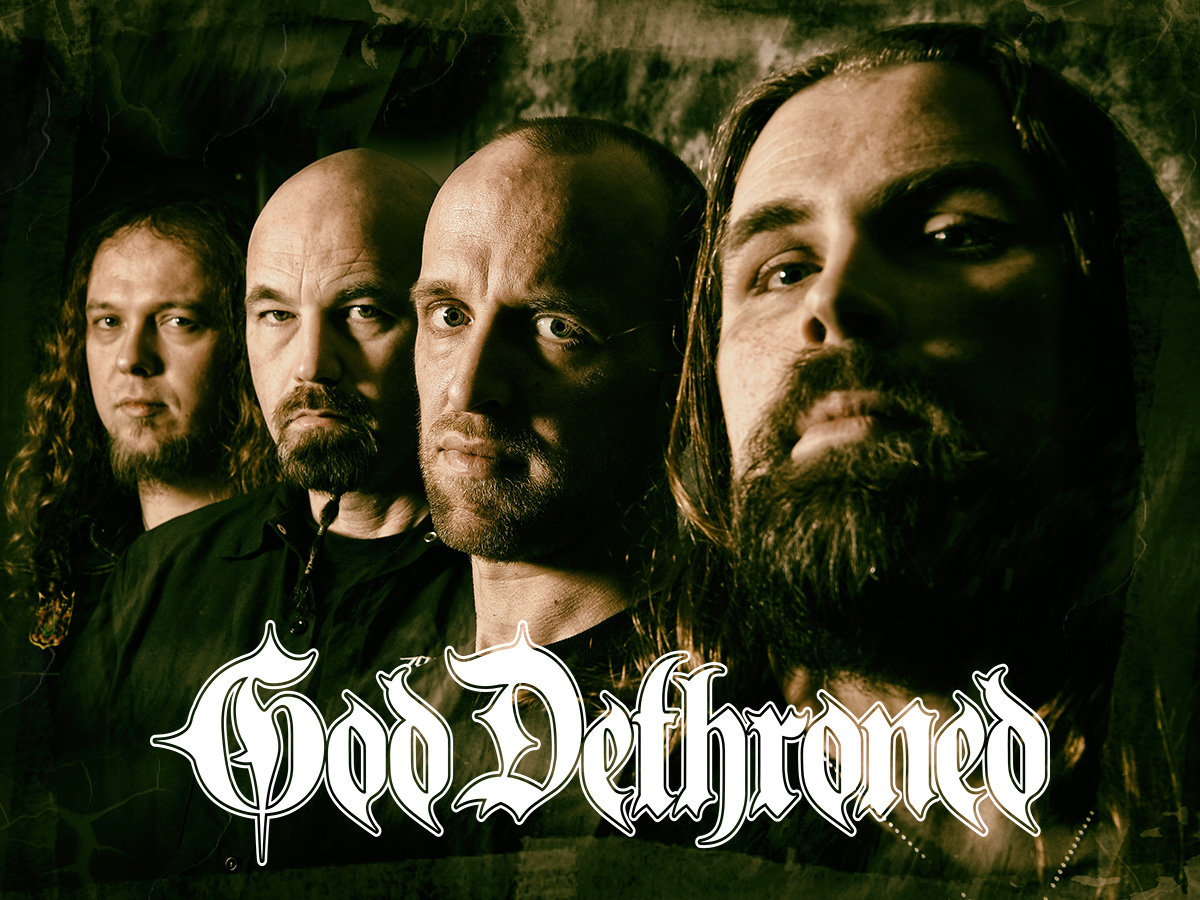 I’ve gotta say, listening to Illuminati is a refreshing experience. You can tell that the band really had something to say with this latest offering, and when other death metal titans stumble as they approach their thirties, God Dethroned sound hungrier than ever. Sure, it’s not like there’s a shortage of aggrieved black metal basement projects taking the Bible to task, but God Dethroned’s crystal-clear conveyance of the left-hand path cuts through the saturated American fog of Walmart Christendom.  We live in an era of radio where your local country station plays sanitized pseudo-hymns to not just pick-up trucks and horses, but to mainstream Christianity and megachurch-style fundamentalism. In this simultaneously advanced and ass-backward culture, we’re forced to entertain ostensibly serious pundits and saucer-pupiled newsmakers who believe that a mythical cloud-sitter gives a damn about his or her personal politics. These profiteers of ignorance are uniquely uncritical of their cafeteria-style, “a la carte” Christianity, which makes it all the more frustrating when those with power decide to govern based on those unfounded and incomplete dogmas. While I’m going to step off my soapbox now, I see myself jamming along to Illuminati for months to come and possibly at year-end. If you thought the new Behemoth was lost in the clouds, this blackened death benchmark will bring you down to Earth faster than an excommunicated angel.

Illuminati was released on February 7th, 2020, on Metal Blade Records.

You can pledge your oath to the Morningstar and buy this album here.