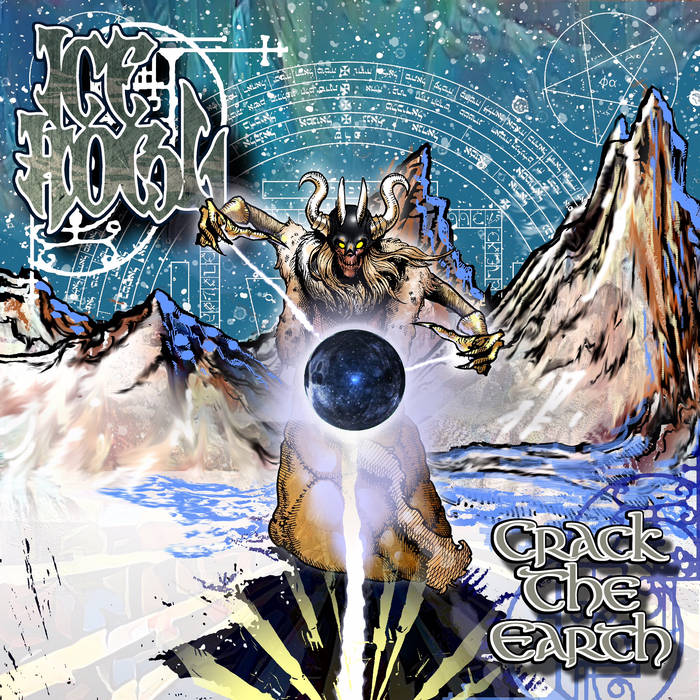 Seeing how Ice Howl of Bloomington, Indiana consists entirely of current and former members of Thorr-Axe, it wouldn’t be too far off to think that they would be cut from the same aggro-doom cloth. The assumption holds water at first as the opening instrumental “Where The Druids Dwell” conjures the Viking battle atmosphere and chunky riff set that gave Wall Of Spears its charm in 2011.

However, the band’s template of influences becomes much clearer when guitarist/vocalist Travis Roach opens his mouth on the following “Echoes Of War.” From there, the band aims for a cross between The Sword’s first two albums and more gallop oriented power metal like Lords Of The Trident. This sound becomes most evident and reaches its highest levels of satisfaction as “The Tracker” goes in a speedier direction and “The Sorcerer’s Call” offers some particularly memorable vocal lines.

As expected for a debut album from such a freshly formed group, there is certainly room for them to grow. The melodic vocals are serviceable and fit the songs well, but the singing is often overpowered by demanding guitars and hard-hitting drums. As a band skirting the line between doom and more traditional metal, it would be in their best interests to utilize more charismatic vocals and choruses that stand toe to toe with the riffs on future efforts.

Overall, Ice Howl’s debut album is a strong start and worth checking out for fans of all things riffy and melodic. The band plainly wears their influences on their sleeves and there’s room to leave a deeper impression, but the album goes by quickly and offers a lot of enjoyment. Here’s hoping that the band will reach even greater heights on their follow-up efforts.