2017 has seen plenty of newcomer death metal bands that break the mold. Artificial Brain, Aeternam, Sunless, The Ominous Circle, and Tomb Mold have all given some grizzly and forward-thinking offerings. Venenum joins their ranks with their most recent album, Trance of Death, a progressive and psychedelic rock influenced death metal album that keeps the listener guessing, perhaps a little too much.

The album opens with a skippable and pointless string introduction. Ignoring that, the real opener, “Merging Nebular Drapes,” kicks things off the right way with a catchy riff that settles into a nice grove. The vocals start and it’s clear these guys know their old school Florida death metal. Front man Steve Disgust sounds like he could substitute for David Vincent on classic Morbid Angel albums. The track goes on to reveal its more intimate side with some keyboards and clean guitar sections. 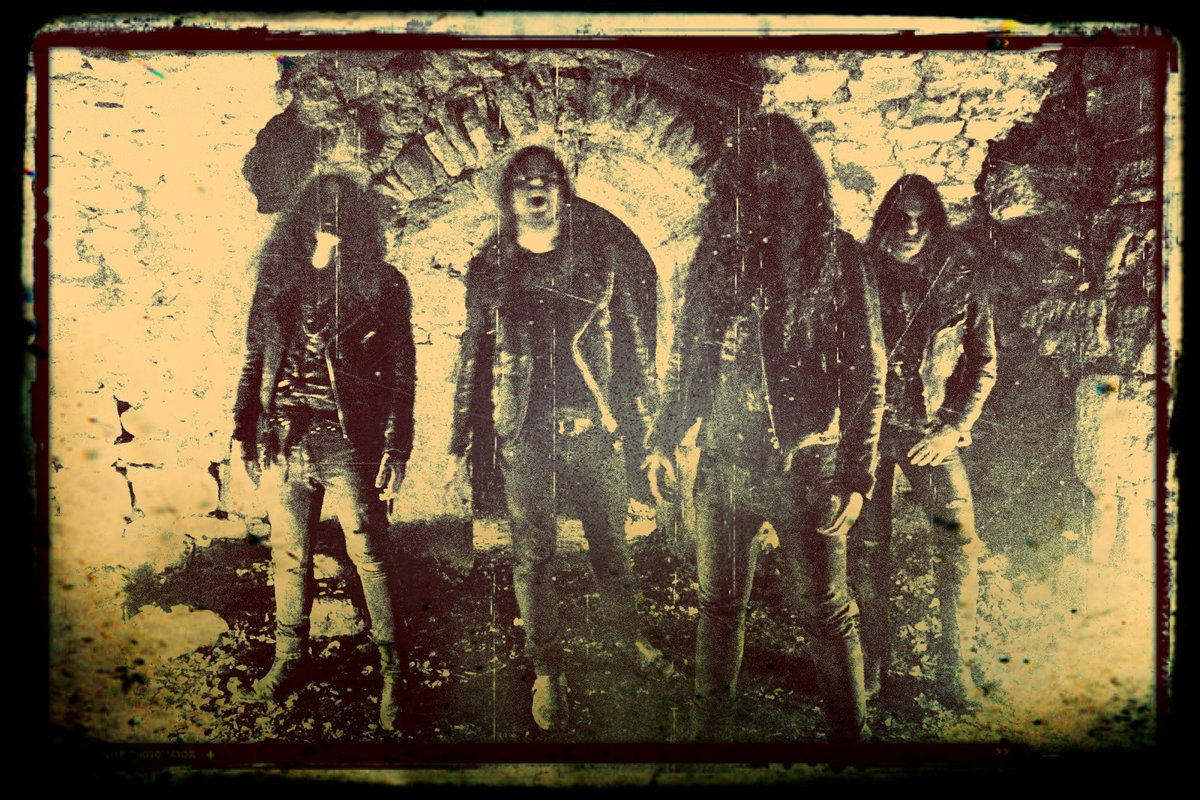 Venenum aren’t technical machines. Nor do they rely too much on atmosphere. Instead, they strive for a sweet spot between lots of different trends in death metal. The opening riff of “The Nature of The Ground” sticks to old school death metal practices while the ending section of the aforementioned opening track closes out like a post-black track with huge contrasts between a single clean guitar and thick tremolo riffing. Often times, this approach works. Venenum knows how to write good music. They can write catchy sections, they can stick to meat-and-potatoes riffing, they can even dip into some really melodic territory like on the huge suite at the end. This is a well researched, mostly well thought out record. Most importantly, Venenum always sounds like themselves and never incorporate an influence or go in a strange direction at the expensive of the album’s continuity.

Sometimes, however, songs drag on a bit too long. The centerpiece of the record, for instance, is a three part suite lasting about half the album. Many moments of the suite are breathtaking. The band really lets loose and it plays out like a classic 70s Rush epic with new ideas growing out of each other. These big moments are ruined when they aren’t given time to set in. A great example comes at a particularly triumphant moment in the final movement of the album. Around the 8 minute mark, after a killer solo on top of a galloping, Maiden-esque march, the song goes into a frenzy that is absolutely brilliant. The guitars howl and the drums are filling every second of sound with complex fills and then just when you think it’s over it keeps going. For a whole five extra minutes, the track trugs along with nothing too impressive. Instead of leaving the listener wanting more, they may end up overstaying their welcome. Many of their songs run on in this manner. Venenum simply has too many ideas, which isn’t the worst problem to have.

Overall, this album succeeds in creating metal with a foot in the classic sound and an eye toward the future. Pick it up on bandcamp.

by Joe The Bear Whitenton on May 10, 2017
Montreal’s Show of Bedlam sound like a mix of Neurosis, Oathbreaker, and Swans. Their sophomore album, Transfiguration, is full of odd sound clips, industrial influence, and extreme dissonance that add up to a [...]
B

by Joe The Bear Whitenton on April 11, 2017
Ah, brutal death metal, one of metal’s most tenacious and consistent institutions. It seems like every year, despite the genre being firmly out of style, metal listeners receive an absurdly monumental serving of it [...]
B-

by Joe The Bear Whitenton on April 10, 2017
Thrash metal is an easy genre to fake. It’s writable by people without any training or even an ear for good music and it’s playable by sloppy musicians.  This is why thrash is an oversaturated market. The 80s and 90s [...]
Comments
Leave a reply