Lurk long enough on message boards and Facebook groups dedicated to black metal, and you might find an occasional reference to a mysterious micro-genre referred to as dungeon synth. And no - it has nothing to do with BDSM. I was contacted by Indy Metal Vault to write up an introductory piece on this curious genre, which I’ve been following since the surge in popularity in recent years. A word of caution – I may miss a release some die-hard considers essential, or make references another might consider trite. This article reflects my own understanding of the genre and is not meant to be an objective analysis – only an overview from my perspective as a fan.

Dungeon synth is an offshoot of the dark ambient genre of electronic music. Like dark ambient, dungeon synth compositions rely on droning synths and harmonies to create melancholic, sometimes foreboding atmospheres. However, dungeon synth is distinct in its goal of building soundscapes with a fantastical feel, and many tracks employ musical structures taken from folk or medieval-period music.

It should be noted that dungeon synth is a somewhat contemporary term. As far as I’m aware, it was derived from genre pioneer-turned industrial musician Mortiis calling his 90’s era work “dark dungeon music.”

Among dungeon synth’s precursors is the neoclassical darkwave of Dead Can Dance, in particular, their 1987 album Within The Realm of a Dying Sun. Similarly, the work of German electronic band Tangerine Dream also had an impact on its development, with important artists like Varg Vikernes of Burzum and Mortiis citing both groups as influences. In fact, the opening track “Silvester Anfang” from Mayhem’s Deathcrush was composed by Conrad Schnitzler of Tangerine Dream. Indeed, the soundtrack to the film Legend is certainly comparable to some contemporary dungeon synth acts. Jim Kirkwood is yet another essential name, who got his start in fantastical synth music in 1990 with Where Shadows Lie. Kirkwood went on to produce dozens of electronic albums, well into 2009.

Dungeon synth’s association with black metal can be traced to the 90’s Norwegian scene, when artists like Varg Vikernes, Mortiis and Satyr developed electronic-based side projects and/or inserted synthy atmospheres into their album intros and outros. To many fans, this period marks the ‘establishment’ of dungeon synth, and releases of this period are commonly cited as inspirations by contemporary dungeon synth artists. Burzum’s Dauði Baldrs and Hliðskjálf albums were a departure from black metal, instead containing entirely electronic tracks. Satyricon side-project Wongraven is another classic example. After parting with Emperor, Mortiis went on to create numerous electronic demos, EPs and albums between 1993 and 1999 that would classify as dungeon synth. This period would be coined “Era I,” to differentiate from the darkwave and industrial rock music that would later be played under the Mortiis name.

To this day, there remains a stalwart following of hardcore dungeon synth fans and artists. Prominent labels in the scene include Out of Season, Deivlforst Records, and Hollow Myths. Their releases range from highly-produced and mastered albums to DIY bedroom projects, attracting a range of tastes. Many other small distributors have begun popping up in recent times, in the wake of the genre’s boom in popularity last year. Dungeon synth has attracted scores of amateur musicians, requiring at minimum, a keyboard and digital audio workstation. Some purists might chafe at the influx of newcomers and plethora of new Bandcamp releases, but there still remains a sizable roster of active seasoned, well-respected artists – Thangorodrim, Forgotten Pathways, Oldenhelm, Ekthelion and Murgrind, just to name a handful. It’s important to remember that atmosphere, intent and the feeling of the music is much more important than how it was made – this is what makes dungeon synth what it is and how it’s captured so many fans across the globe.

As part of Indy Metal Vault’s “Beginner’s Guide” series, each installment also features a playlist of 45 minutes or less. There are plenty of tracks I’d love to showcase that are capable of running over half the playlist length, especially where Mortiis is concerned! So I’ve decided to focus on a mix of older and contemporary artists whose work is strongly evocative of the genre’s progenitors. While it contains just five tracks, I feel each one embodies the spirit of the genre and is an instant classic for fans old and new alike.

Depressive Silence is a highly-regarded name within of the genre, active from 1995 to 1997. It’s the project of German black metal musician Ral, a member of the band Mightiest and also responsible for dungeon synth project Gothmog. A vast majority of dungeon synth fans would more than likely point to Depressive Silence as essential listening. I’d agree, and for that reason I threw it at the top of this playlist. I selected the final track of the 1996 self-titled album, which was re-released on vinyl as Mourning by Unborn Productions in 2016. This track, “Dreams,” is at the same time ethereal and invigorating. The synth leads entrance the listener before the piano kicks in, propelling the track into a gallop across grassy plains and old battlefields. It carries with it a hint of sadness, but the promise of adventure and new journeys to come – a fitting closer for a stellar album. 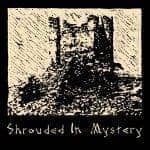 2. Forgotten Pathways - “Darkened / In Caverns Deep” (from the album Shrouded in Mystery)
This next track comes from another reissue of a classic recording. Forgotten Pathways is the creation of German musician Cedric Hommel. Shrouded in Mystery was originally released as a demo tape in 1998, but received a remastered version earlier in this year. What I like about “Darkend / In Caverns Deep” is its steady, hypnotic melody that pervades throughout most of the track. This is accompanied by echoing snare beats and Cedric’s haunting whispers. It’s at once epic and unsettling, and showcases well the atmosphere that dungeon synth is capable of creating. 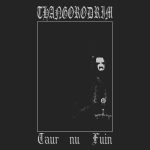 3. Thanogorodrim - “Twilit Fogs on Tarn Aeluin” (from the album Taur-nu-Fuin)

Thangorodrim is beloved by every dungeon synth fan I talk to, and for good reason. The project is what I would call a modern classic – evocative of the 90’s era material by other artists, while being a relatively recent creation. Several releases have been issued on tape through Wulfrune Worxx, Out of Season and Deivlforst Records in the past few years. The album this track comes from, Taur-nu-fuin, has already received a vinyl treatment. I chose the track “Twilit Fogs on Tarn Aeluin” for its hazy, dreamlike qualities. It opens with crystalline chimes and synth trumpets and beckons the listener on a trek through icy caverns and starry landscapes. There is a definite mixture of moods, from whimsy to melancholy to a yearning for adventure, and I think Thangorodrim does an excellent job of conveying emotion upon the listener.

4. Sagenhaft - “Over Monokeros Wall” (from the album The Legend Of The Forgotten Reign)

Sagenhaft is a Italian project with an early start, having released its first material, The Legend Of The Forgotten Reign, in 1996. I’ve felt it tends to get overshadowed by other classic projects, so I wanted to add it to the playlist and shed some light on this release. I picked the track “Over Monokeros Wall,” which, upon listening, is quite a departure from the earlier tracks. The track is constructed with a relatively simple melody and not much post production. The melodies seem to resemble tunes which might have been played on recorders in the middle ages. It’s whimsical, harking back to images of medieval courts – lords and ladies feasting and dancing while fools cavort and hounds nip at table scraps. Perhaps it’s not as grandiose as other tracks, but it’s possessed of a spirit of its own and is a welcome break from more dour, dreary works. 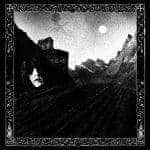 5. Old Tower -  “A Fortress of Sorrow” (from the album Spectral Horizons)

The final track is the product of another “modern classic” artist – Old Tower. Hailing from the Netherlands, Old Tower belongs to the Shadow Kingdom circle, responsible for projects like Blood Tyrant, Warden and Orodruin. Like Thangorodrim, Old Tower takes the feeling of 90’s-era work and transports it to the present, creating grim and mournful tapestries that have been well-received by the dungeon synth and black metal fanbase. “A Fortress of Sorrow” comes from the album Spectral Horizons, originally released via Shunned House on tape, then by Tour de Garde. It has recently also received a vinyl version on Tour de Garde, much in the same manner as the 2017 release Rise of the Specter. “A Fortress of Sorrow” is a mournful track, evoking a sense of loss . When I listen, images of ruined keeps and decaying fields come to mind, and the yearning for a world that once was, or might never have been.

For anyone interested in exploring the genre further, I’ve complied a short list of resources for the budding dungeon synth fan to keep an eye on:

by Clayton Michaels on October 23, 2017
Full disclosure: I know fuck-all about dungeon synth. Less than fuck-all, actually – much to my chagrin, it’s only within the last couple of months that I learned that the term wasn’t referring to acts like Perturbator or whoever it was that did the [...]
B-

by Jared Mullis on September 27, 2017
Collaborations are an intriguing idea, and one that we are beginning to see more of within the music industry. From something as simple as a guest vocalist being featured on a song to entirely new bands being brought to life, the prospect of two [...]
comments
Leave a reply