Electric Wizard is a band that wears their influences on their sleeves, yet has enough of an identity to warrant their own set of ripoffs and tribute acts. Their twenty-five year history has seen them gravitate between misanthropic nihilism and almost happy go lucky B-movie worship, both tied together by an overarching hint of Lovecraft. But no matter where you go with Electric Wizard, you’ll always be greeted by tripped out song structures, sardonic vocals, and riffs heavy enough to eviscerate a black hole.

But even with a fairly consistent style template, Electric Wizard’s discography does have its share of divisive albums. Thus, I would like to explore the band’s nine full-length studio albums to see how their classics hold up and if their more controversial outings deserve the fan squabbling. Come my fanatics, come to the Sabbath…

9) Time to Die
Hyped as a return to the old Dopethrone aesthetic, 2014’s Time to Die not only featured a miserable soundscape after a couple psychedelic ventures, but also the return of original drummer Mark Greening. The fact that the reunion would quickly end under sour circumstances made the album’s phoned in nature even more bitter to digest. This isn’t a bad album, but the heaviness sounds rather forced, and songs like the title track and “I Am Nothing” feel like rewrites of past tracks. The semi-concept revolving around the early 80s “Satanic panic” is amusing, but the overall execution is only recommendable as junk food for easy to please fans.
Final Grade: C+

8) Let Us Prey
When Let Us Prey isn’t completely forgotten, it’s often regarded as the band’s biggest misstep. Tracks like “A Chosen Few” and “Master of Alchemy” trod on well-established doom ground, but previously unexplored influences are given as much emphasis. “We the Undead” is a distorted punk outburst, while “Night of the Shape” features piano and violin alongside some rather busy drum beats. The results are definitely disjointed, and the directionless songs like “The Outsider” certainly reflect the original lineup’s implosion-ready status. But unlike the band’s more recent outings, there is a drive to still make something of such dire circumstances. In all honesty, I’d probably give this a higher rating if the vocals weren’t so buried in the mix…
Final Grade: C+ 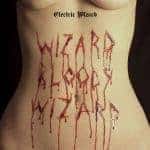 7) Wizard Bloody Wizard
The most recent Wizard effort opts for a new direction after the stagnant Time to Die, namely a venture into the roots of hard rock and early protometal. Unfortunately, the band isn’t exactly tailored to the style, as the vocals lack the required charisma and the songwriting still feels rather forced at times. It’s still got enough inherent likeability and decent songs to appeal to diehards, but it doesn’t seem like they’ve truly committed to what they set out to accomplish. Perhaps this’ll grow on me with more listens, but Electric Wizard’s seeming lack of true motivation may keep them mired in an outclassed dinosaur status.
Final Grade: C+ 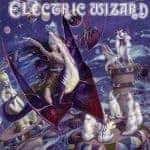 6) Electric Wizard
Electric Wizard’s self-titled debut is another classic example of a band trying to find its own voice while still desperately clinging to its influences. The classic Wizard tropes are nowhere to be found as the guitar tone is much cleaner, the vocals more straightforward, and the riff work devoid of that Dopethrone nastiness. Fortunately, there are some enjoyable songs on here, as “Behemoth” hints at heaviness to come while “Mountains of Mars” makes for a pleasant instrumental. It’s the type of album that really only appeals to diehards but I’ve also heard the occasional person declare this as the only Electric Wizard album they like.
Final Grade: B- 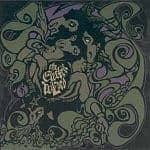 5) We Live
It may be personal bias, but I think We Live is Electric Wizard’s most underrated album. It breathed life back into the band after the original lineup’s collapse and was the first to feature second guitarist Liz Buckingham, but it seems to have gotten overlooked in favor of its successors. It also stands out for a rather polished production job and jumbled songwriting by Wizard standards, a likely holdover from the Let Us Prey years. Give it a chance if you never got around to it; “The Sun Has Turned to Black” and “Saturn’s Children” in particular are essential listening.

It’s also a shame that they weren’t able to keep Justin Greaves around for long, as he may have been one of the best drummers the Wizard has ever had.
Final Grade: B 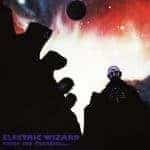 4) Come My Fanatics…
Electric Wizard’s self-titled album was a solid start but Come My Fanatics… could be regarded as the band’s true debut. In contrast to the previous offering’s conventional dynamics and traditional doom style, this album is where the band’s penchant for fuzzy guitar, buried drums, nasty samples, and hypnotic songwriting really took shape. It may not be as abrasive or memetic as Dopethrone, but there’s a reason why “Wizard in Black” and “Return Trip” are so played out, and “Doom Mantia” set the standard for drawn out jams to come. I think “Ivixor B/Phase Inducer” may keep it from being their absolute best, but even that one is enjoyable under the right influence…
Final Grade: A- 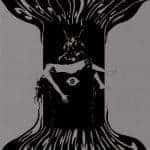 3) Witchcult Today
Electric Wizard’s second and arguably most prominent era began with Witchcult Today. What people don’t seem to acknowledge is that this was the first album where the band started writing intentionally catchy songs. Sure, they’d had their share of iconic riffs and memorable mantras before, but songs like “Dunwich” and “The Satanic Rites of Drugula” feature honest to god hooks and distinct choruses beneath all the fuzz and drawn out jams. It’s not even grounds to deem it a sellout effort as the band’s signature sound and dynamic was kept firmly intact, suggesting that such evolution was an inevitability.

The only thing keeping it from an unambiguously classic status is the fact that three out of eight songs are all based on slight variations of the exact same riff. “Torquemada 71” gets a pass for being played in a different key and for its engaging chorus, but the title track and “The Chosen Few” only seem to differ in their vocal lines.
Final Grade: A- 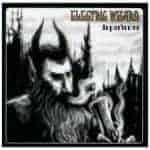 2) Dopethrone
It is fascinating how Electric Wizard’s most iconic album may also be their most inaccessible. There are basement demos with better production than this; distorted vocals often hiss through the speakers while the unpolished guitar and bass compete for dominance in the mix. The band’s pissed off attitude and powerful chemistry would be enough to make this worth keeping around, but the iconic riffs are what make it truly special. “Funeralopolis” and “We Hate You” may be the band’s equivalents to “Paranoid” and “War Pigs,” but they deserve their classic status along with other staples like “Barbarian” and “I, Witchfinder.” It’s still a way’s away from a perfect album but it’s definitely mandatory doom listening.
Final Grade: A 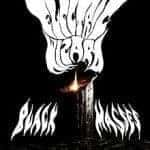 1) Black Masses
Black Masses is often deemed a Witchcult Today clone by many listeners, but in reality it spends more time improving its predecessor’s psychedelic formula rather than aping it. While that album was prone to rather one dimensional songwriting, Black Masses shows off more varied songs, as the title track and “Patterns of Evil” are catchy rockers, “Night Child” has a slinky mid-tempo groove, “Satyr IX” aims for drawn out doom, and “Scorpio Curse” shows off a swinging blues rhythm. If they had cut the questionable ambient adventure “Crypt of Drugula,” I wouldn’t hesitate in calling Black Masses one of the best doom metal albums of the decade. I can only hope people can stop giving it so much grief and see how solid it is considering what has come after it…
Final Grade: A